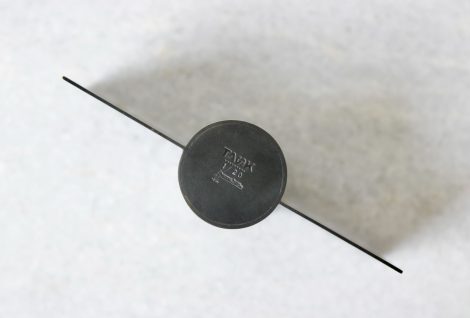 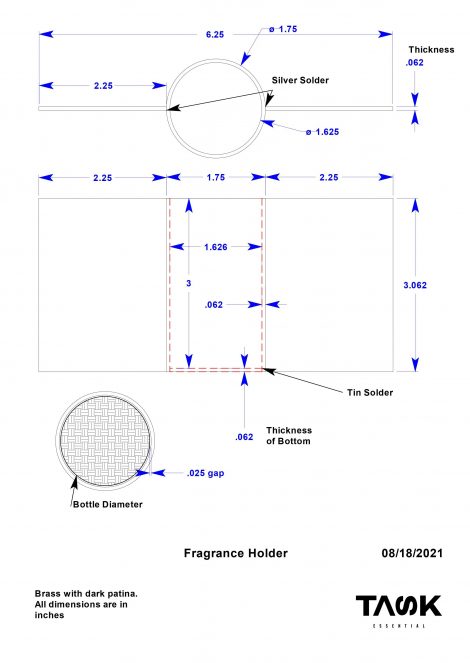 Like an unfurling sail or stretched out wings gathering moving air, the fragrance heightens your senses.  It quietly thunders as it sits in its outer packaging, ready, waiting to take flight.  As a vessel, the blackened bronze’s pure, simple lines create a sense of serenity, an object of beauty that reflects a true sense of harmony.  When I imagined the design for the outer packaging, I was told that it would be difficult to make and even worst to transport, it would not survive.  Yet true beauty, with all its imperfections is everlasting, not just in a piece of art but in all of us. However, we must always reach for an ideal regardless of how difficult it may be to achieve or even for its absurdity.   Taking this design and transforming it into a vessel, each one, a bit different as they are made and poured by hand, truly allows you to appreciate how a finite object of this nature can transform space into infinitude.

Limited Series of 20, Each Numbered.

Made by- Francois Guillemin

Limited Series of 20, Each Numbered.

Born in Houston, four-year-old François took art classes at the Museum of Fine Arts in Houston and clearly remembers wandering around the Egyptian wing of the museum. He was enthralled with what seemed like a magical world of larger-than-life sculptures and precious jewels. This seminal experience was the impetus that lead François to pursue jewelry making and sculpture as his life’s work.

Returning to Texas after five years living in France with his family, François developed his silversmith skills as a teenager and readily accepted work. At San Diego State, he joined a community of artists and studied jewelry and sculpture, and specifically Surrealism. In 1976 he moved to Princeton, New Jersey to work at the Johnson Atelier Technical Institute of Sculpture. In 1985, with nearly ten years under his belt at the Johnson Atelier, François decided to establish his own business. For twenty years, he worked out of a home-based studio in Princeton, assisting world-renowned architects to make furniture, lighting and railings, bringing to fruition magnificent ornamental metalwork projects.

In 2007, François renamed his company Firedance Studio – www.firedancestudio.com – and moved his operation and staff to a custom-built 15,000 square foot facility in Hopewell, New Jersey, where projects for both he and his clients across the country continue to expand in scope and complexity. His artwork can be viewed on the Instagram page @leCorbeau1 .